Interesting how my original review was for 1 star and it does not show up in the reviews (only see 4 & 5 star ratings). Trying again with 4 stars to see if it makes a difference. My order arrived with missing letters on the glass. No response to my numerous emails. As stated in earlier reviews, their customer service seems to be non-existent. Very disappointed. 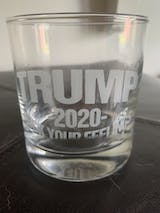 Bourbon tastes so much better in this glass! 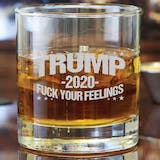 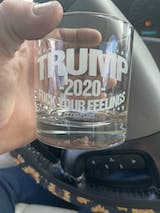 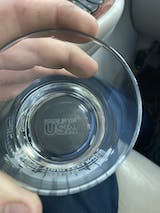 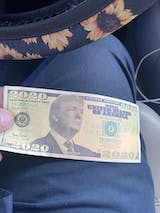 Nice glass but was initially sent the wrong glass. I was sent the beer glass instead. My disappointment was that there is no phone number or way to contact anyone to notify of the mistake. I did send an email but did not receive a response. I was, however, able to get hold of a Patriots Cave representative through Facebook after I left a negative comment about my experience. I then sent a direct message to that person with my order number and a picture of the wrong glass. A few weeks later I received a response... an email stating that a re-shipment of the right glass had been initiated and one week after that, I received my glass.
This was quite a lengthy frustrating process for a $20 glass which is my reason for the 3 star rating. All my frustration could have been avoided by a simple phone call. On the plus side, I was able to keep the beer glass for my troubles. All is well and I love my new Trump 2020 whiskey glass. 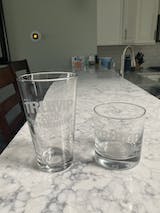 Good bottom weight for your beverage of choice. 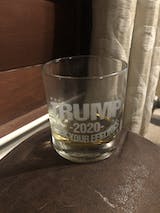 I received my order 5 days after placing it. I live an hour from Orlando. The packing slip was correct, the labels on the boxes were correct but the glasses inside were NOT what I ordered. I immediately sent an email to Customer Service as directed on their website, with pictures and have not received a response. It’s been two weeks. I received a sales solicitation email from them yesterday with an actual phone number to contact them. I called and was on hold for 35 minutes before I hung up. I like their products but their customer service seems nonexistent. Still hoping for a remedy. 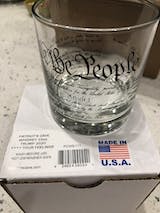 Absolutely love my new Trump 2020 Whiskey Glasses. Best thing is serving bourbon to my liberal friends in them. Think I need to order some of the matching Pint Glasses for the liberal beer drinkers!! May Trump and America win in November!! 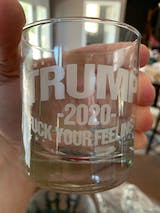 I love my glasses, and so do my guests. Awesome!!! 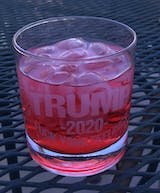 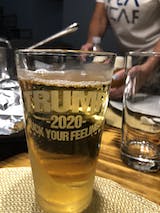 Unbelievable, I ordered 4of these glasses on Friday 7/31 and they were delivered today Monday 8/3! Exactly as described in perfect condition! Plus I received this awesome Trump 2020 bill! Highly recommended! Thank you!! 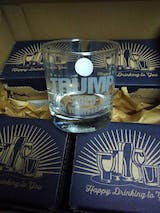